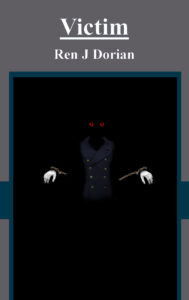 [Looking Back and Looking Forward]

Mica spends a lot of his days in his own head. He’s not much of a daydreamer, but is certainly the type to question reality. His girlfriend, Rina, suggests a change: a trip to the big city. At first, Mica refuses – he has the distinct feeling that something will go terribly wrong. But, eventually, he relents. When the man in the mind offers him a mysterious gift, Mica learns that they will face a series of external and internal dangers. The man in the mind cautions him: he doesn’t know if they’re strong enough. (TW: cutting, suicide, gun violence)

Two teenagers go on a (death-related) journey to the big city.

It’s finally finished!  At approximately 48k words, this work was previously a project for [NaNoWriMo] (a challenge to write 50,000 words in the month of November). Obviously, I did not win, but I did end November 2015 with most of a draft. Since then, I have rewritten the ending, adjusted the setting, contemplated [genre] and edited it several times. Officially, this was my secondary project, but my progress on this one overtook my progress on IBwaD to the point that this one essentially became my main project until its completion.

This work is set in the Balance of Souls setting, midway through their timeline. It is a day-after-tomorrow type sci-fi, meaning that the technology level is only advanced roughly fifty years and every piece of technology has to be based in something real-world that we have now (even though it takes place in the Balance of Souls setting, since early in that setting’s timeline is meant to be reminiscent of our modern day). I had a difficult time placing this work in [genre]. Although there are certain horror aspects to it, I don’t think that it could stand as only a horror book. However, there’s a wonderful silver lining to my pen name change: amazon has updated their system. Victim is now classed on amazon as both a sci-fi (general) and a horror.

Mica’s song is Linkin Park’s Somewhere I Belong. “I will never know myself until I do this on my own.” Yep, it fits Mica very well. So does the energy of the song. You can find it on youtube [here].